Growing up in Nebraska, aside from exploring the prairie, I spent a surprising amount of time adventuring the Great Wall of China, sailing the Arctic Sea, and visiting the hot springs of Japan—all because PBS was one of the only channels that came in on our TV. I was a public TV kid, and I spent a lot of time thinking about how sweet it would be to be David Attenborough, chasing down wild creatures, and making great discoveries. These shows inoculated me with a healthy dose of biology and scientific curiosity. In many ways, they took me down the path of scientific research, eventually leading to my current postdoc.

So when I heard of the opportunity to share science through film—the medium that got me hooked on scientific inquiry—I jumped at the chance to apply for the first-of-its-kind International Wildlife Film Festival’s (IWFF’s) Science Filmmaking Workshop (also known as IWFF Labs). This innovative workshop mixes scientists and filmmakers and pairs each group with a client to make science videos, learn from one another, and form an interdisciplinary network of collaboration.

IWFF Labs was the brainchild of scientists-turned-filmmakers Drs. Neil Losin and Nate Dappen with inspiration from filmmaker legends and science advocates. I knew within minutes of arriving at IWFF Labs that I was surrounded by an amazing group of people. Our group (Carlos Toro, Cliff Kapono, Arun Dayanandan, and me) worked with Clay Bolt from the World Wildlife Fund to highlight their partnership with ranchers in the Northern Great Plains. These “unlikely allies” are working toward the common goal of maintaining the grassland ecosystem, which we highlighted in our short film Sounds of the Prairie. In addition to making films, we each had a pass to the Festival, and I was lucky to catch a screening of Chasing Coral. This film takes a scientific approach with emotional overtones to document the tragic bleaching of coral reefs across the planet. Look for it on Netflix later this year, it’s amazing!

This workshop got me out of the lab, onto the prairie, and thinking like a storyteller. Although it isn’t standard academic training to learn how to make science films, it has opened my mind to new and creative ways to share scientific stories with the public to inspire, educate, and make scientists relatable to the everyday person. Today, with the surge of “alternative facts” and the voices of science sceptics growing louder, it is imperative that scientists invest in science communication. 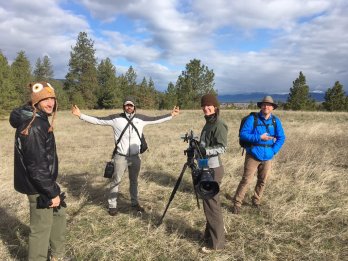 Yes, you can make an impact with your science stories! CU Boulder’s Bartlett Science Communication Center offers extensive resources for scientists and communicators. The immersive ComSciCon-Rocky Mountain West 2017 brings in professional facilitators to help scientists distill their scientific message (applications to attend are due June 15). Become a Friend of Joe’s Big Idea and work with NPR to explore scientific ideas and innovations. Get involved in the AAAS Center for Public Engagement with Science & Technology. You can even help middle school science teacher Patrick Goff by making a 3-minute video explaining why your science is awesome for his YouTube Channel. As Dr. Maddie Sofia said at the CU Boulder’s SciComm Symposium, “Just start talking to people and doing stuff!” Your efforts will help to maintain an informed public and could inspire the next generation of scientists. 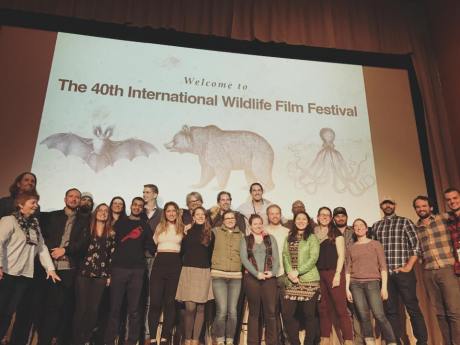 IWWF Labs Filmmakers and Mentors celebrate the end of the workshop after a special screening of our films. Photo courtesy of Nate Dappen.